Men wore long sleeved tunics, with tight trousers or leggings, wrapped around with strips of cloth or leather. Their trousers were held up by a leather belt from which they could hang their tools, such as knives. Shoes were usually made from leather and fastened with laces or toggles.

Women wore an under-dress of linen or wool and an outer-dress, like a pinafore, which was held onto the underlayer by two brooches on the shoulders. Alglian women fastened their dresses with a long brooch however, a Saxon women used a round brooch! Anglo-Saxon women often wore beaded necklaces, bracelets and rings too!

We had a go at designing our own Anglo-Saxon fashion pieces. 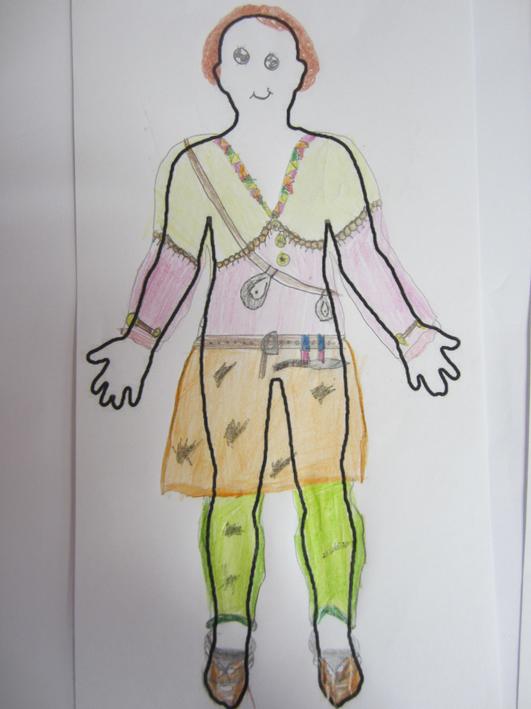 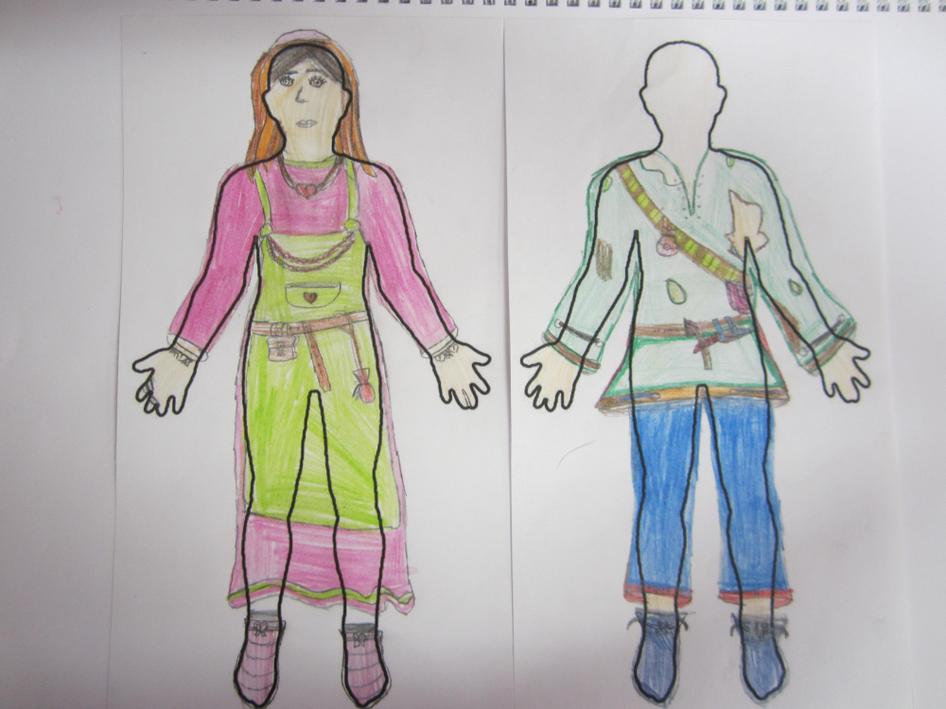 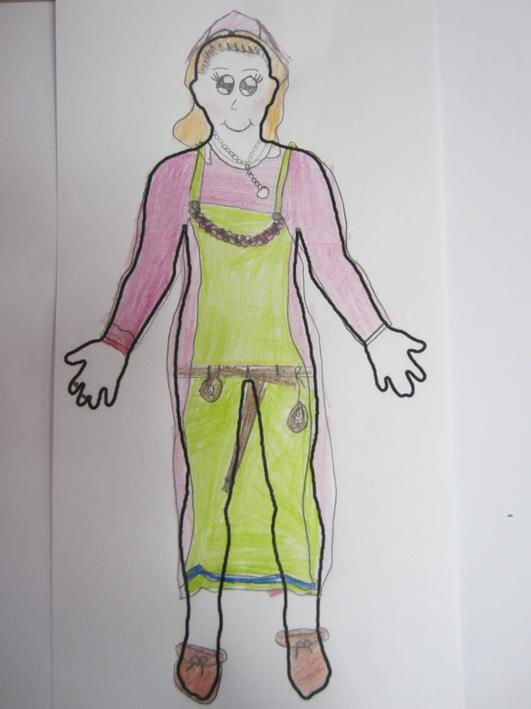 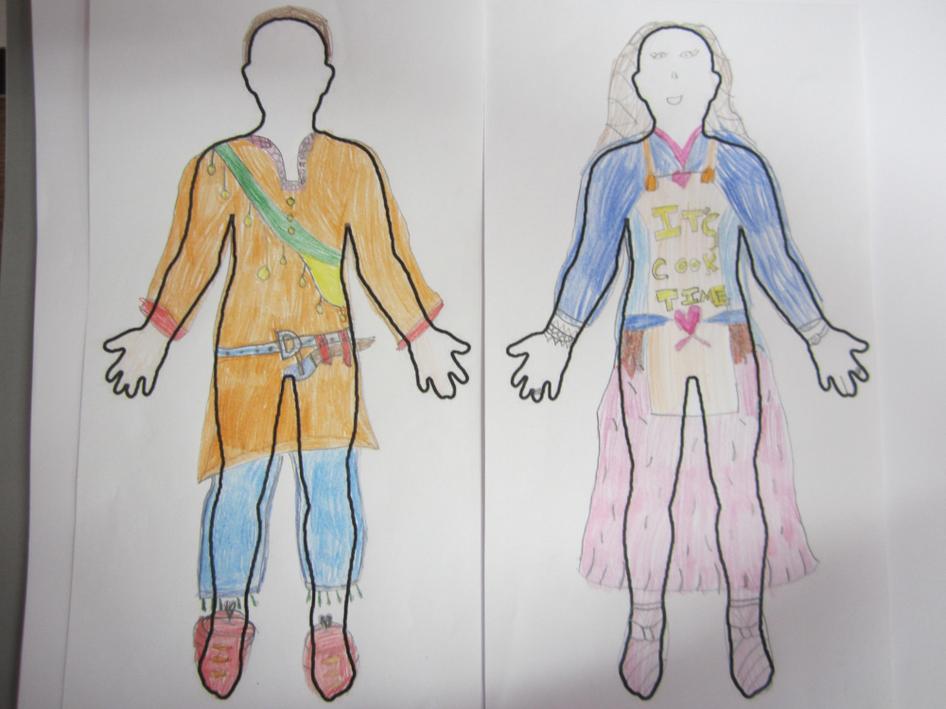 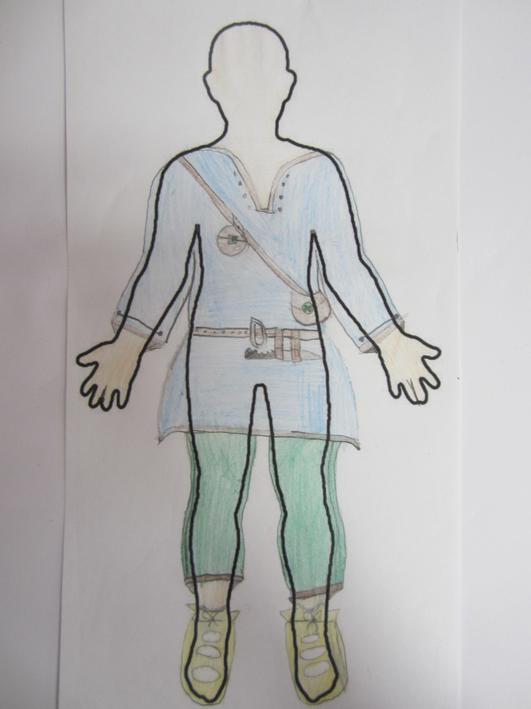 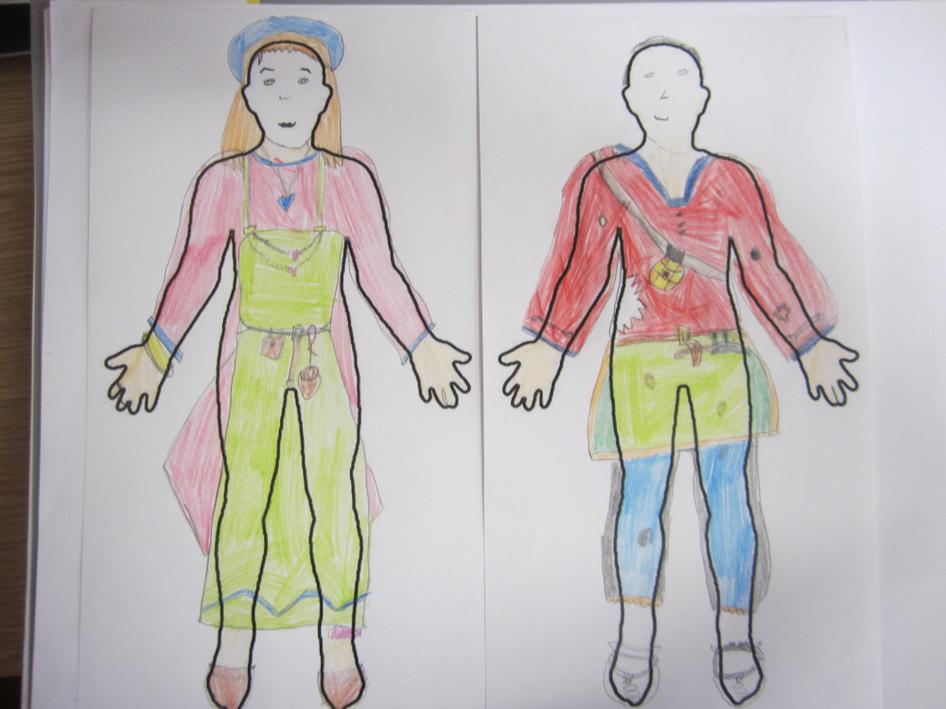 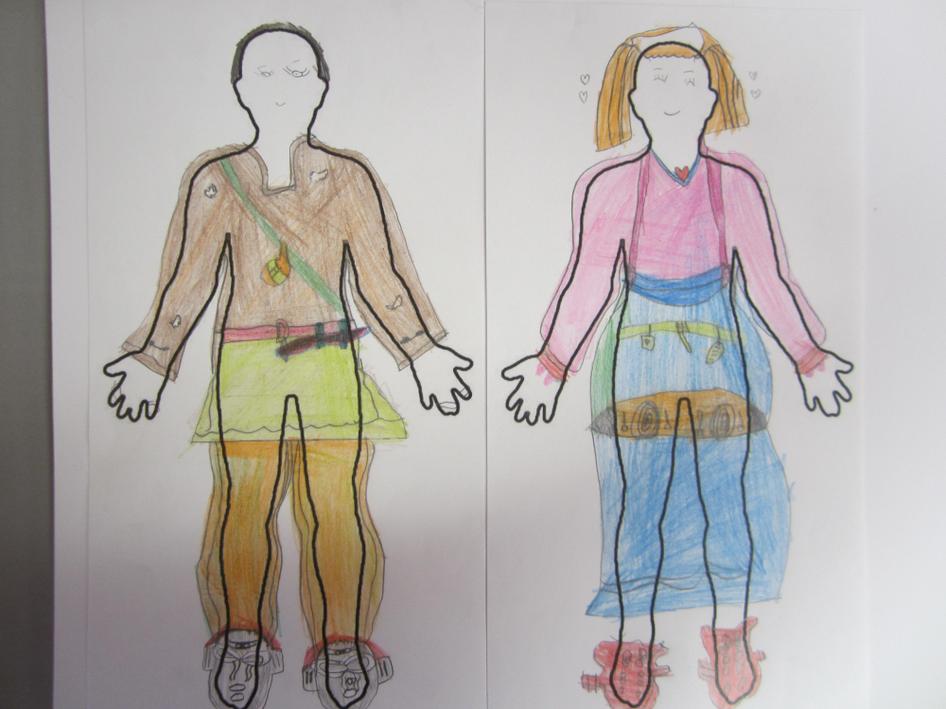 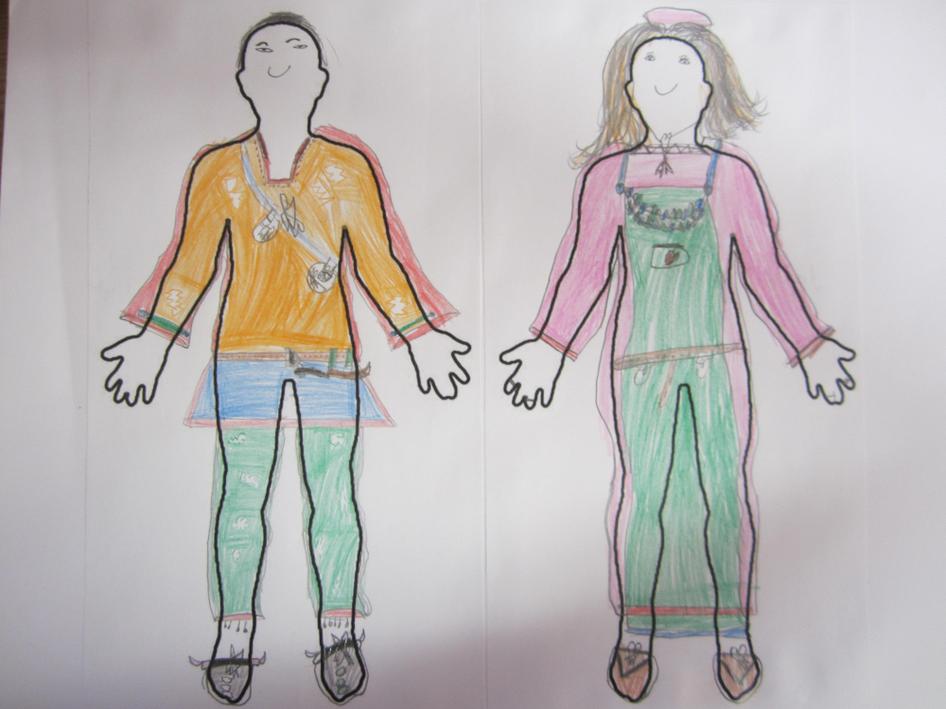 Women wore brooches in pairs in order to fasten their dresses, whereas single brooches were probably used to fasten cloaks. Brooches were usually made of bronze but were sometimes made of iron and decorated with gold or silver. They were often symmetrical too.

We had a challenging job trying to keep our patterns symmetrical! 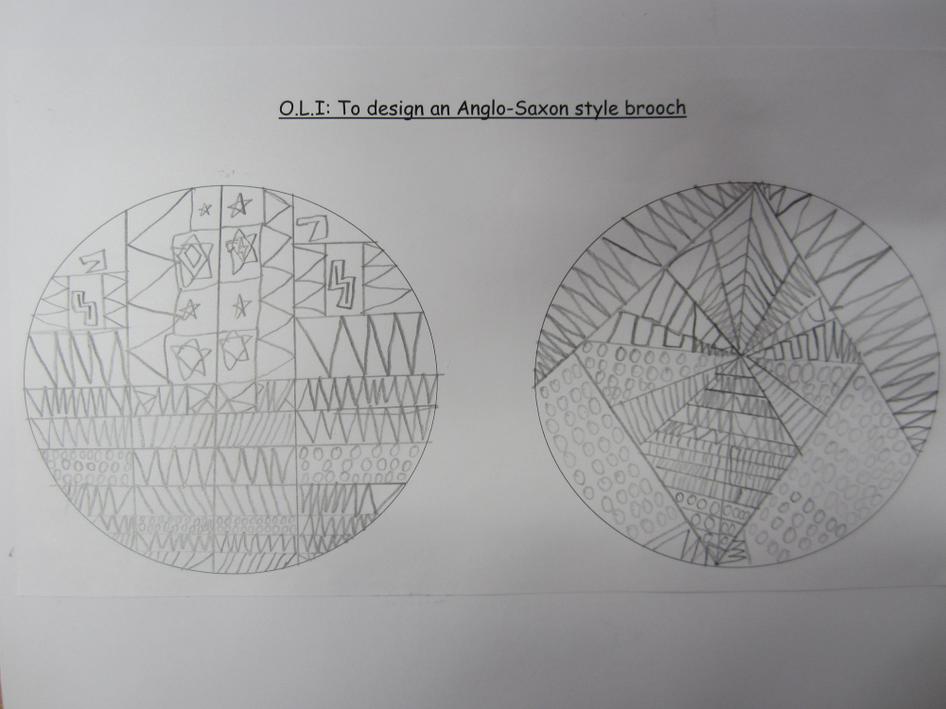 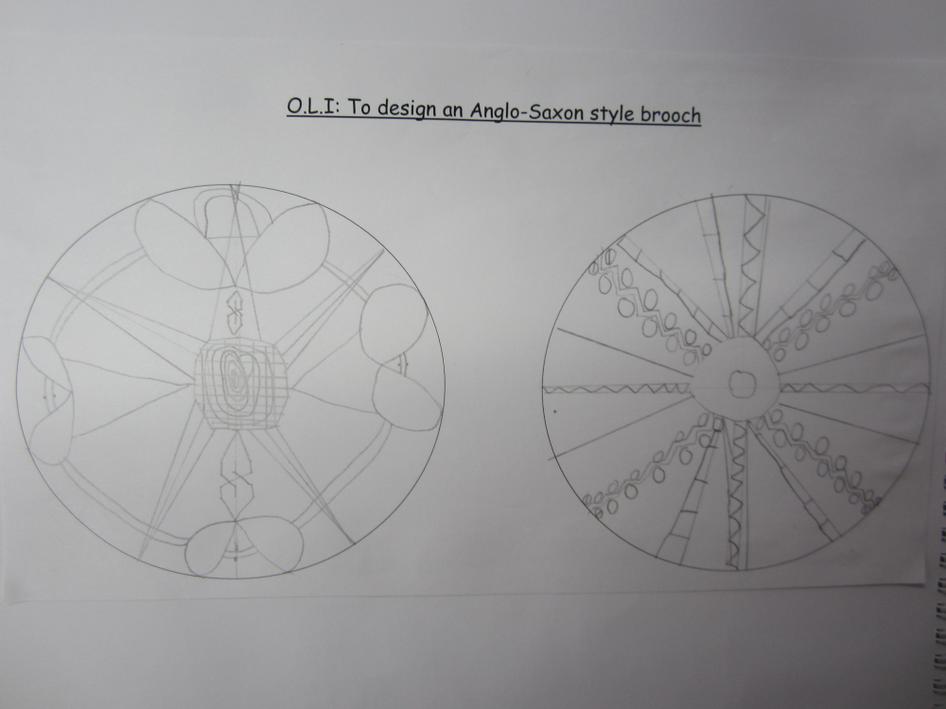 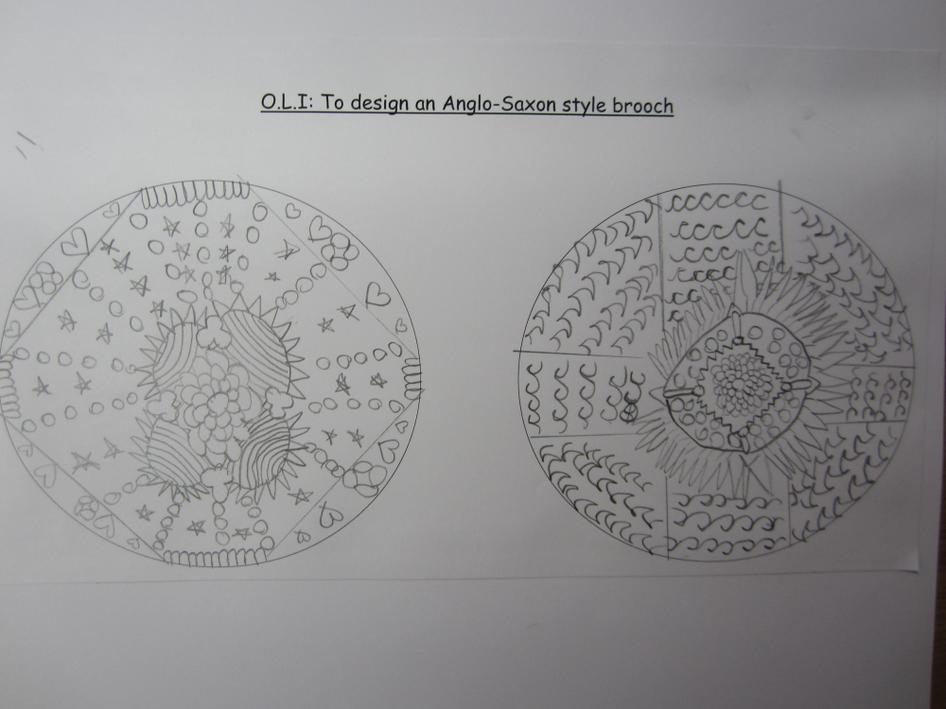 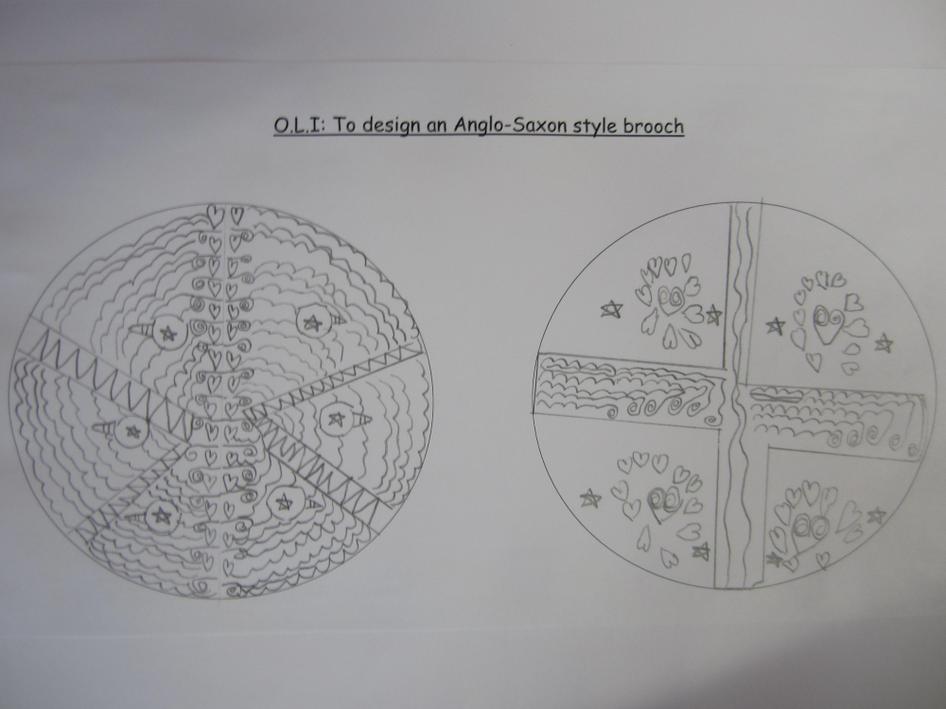