Welcome to the amazing class page of Year 3W. Our aim is to learn as much as possible while having fun!

If you don't believe us, scroll down the page to see for yourself. You will be astounded at what we get up to!

The children have certainly wowed us this week!  We were very impressed with the comprehension skills that Safa displayed when answering questions using the text.  Also Zuza has been a great helping hand every  morning as she has helped Miss Wasiejko get ready for the day ahead. Well done!

In English, we have been reading 'The Secret of Black Rock'.  The unit ended with the children writing their own version of the story.  Wilbur impressed everyone with his writing and has used great vocabulary to bring his story to life!
The children have been listening and appraising the pop songs of Abba.  We used the glockenspiels to play along with the song 'Mamma Mia' before composing our own  version.
This term the children have been learning about the Hindu religion.  This week we looked at their core beliefs.  They then worked in groups to come up with their own core beliefs. 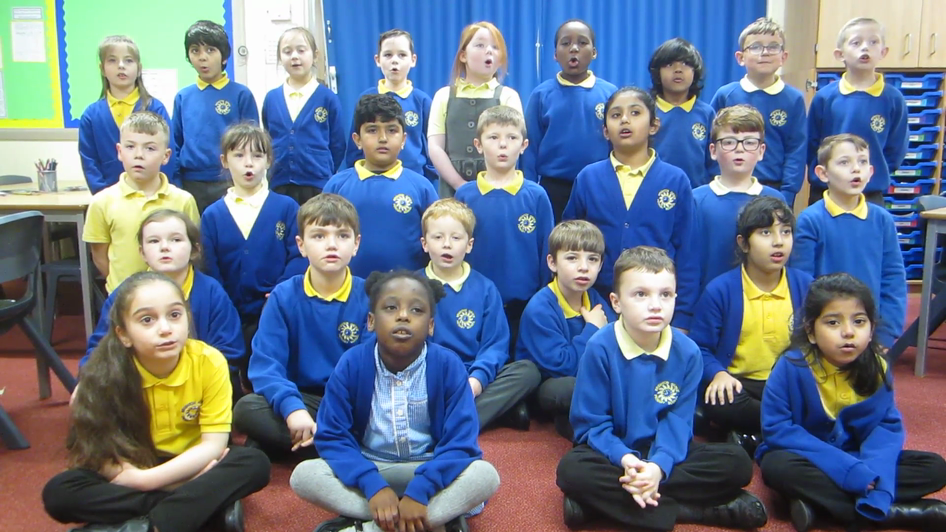 The children have learnt a poem for Harvest Festival.

Oliver amazed his teachers this week with his outstanding vocabulary that he used in his writing.  It really brought the story to life.  Another member of the class got the award as she was able to retell the story of Rama and Sita in RE.

As part of Black History Month, the children have been looking at the life of Mary Seacole.  They have read, watched videos and attended several assemblies.  They then did a mind map which showed everything they have learnt about her.
In PSHE+C, the children looked at the people who can help us in different situations.  We also discussed how to contact Childline and the NSPCC.

The children went on a computing safari to find the main devices in the school's computing network.  They found that devices are either wireless or have a wire.  When they returned to the classroom, they made their own computing network.
In PSHE+C, the children played a board game which taught them how to be resilient in a variety of everyday situations.
As part of World Mental Health Day, the children had a discussion about how we have good mental health.  We discussed positive and negative emotions and how we can deal with them.  They then completed a rainbow of statements which told everyone how wonderful we are.

Both boys impressed their teachers this week with their work during Maths lessons.  James improved his understanding of place value over the week.  Ali was able to show everyone his true potential by completing every challenge that was given to him.  Well done!

In Science, the children discovered the force of magnets by doing several investigations.  They found out that magnets do not need to touch to exert a force on another object. It was a great lesson.
The children learnt how to mix primary colours to make secondary colours.  They also learnt how to apply short brush strokes so that they could paint in the style of Paul Cezanne.
In PSHE+C, the children talk about negative emotions and what we can do to deal with them.  We also talked about changes that have happened in school and the wider community.

This week Wilbur amazed the class with his understanding and use of computing vocabulary during the lesson.

Dua impressed her English class with her reading and comprehension of the text.

The children looked at the Willow pattern on a variety of china objects.  They then use a fine paintbrush and blue ink to copy the design.
This term the children are listening and appraising the sounds of Abba.  This week we listened to Mamma Mia.  They followed notation to clap out the rhythm before composing their own rhythm, which was performed to the class.

In RE this week, the children have learnt about reincarnation and karma.  They played a game of  snakes and ladders which demonstrated what karma is.

This was also a great team building exercise as the children had to make sure that everyone had a turn.

Friday was fundraising day for MacMillan Cancer.  The children came to school with no uniform, made a cut out gingerbread man and then relaxed with juice and a cake.

Leo was awarded Pupil of the Week for his great attitude towards his learning and impressing Mrs Conway with his reading.  Shalom got hers for her great attitude to her work and trying her best all this week.  Well done!

This week, the children received a letter from Ferrari asking them to investigate which surface would help the car travel the furthest.  They carried out the investigation and discovered that the smoother the surface, the further the car would travel.
In RE, the children are learning about the Hindu religion and use modelling clay to make avatars.
As part of their English, the children read and followed a set of instructions to make a paper fish.

We started off this week by voting for our class' school councillors.  The candidates told the class why they should vote for them.  We can announce that our school councillors are Ruby-Jo and Bobby.
As part of our transition work, the children talked about their differences and similarities.  We then talked about how flags can represent communities.  We then designed our own flag which will be displayed in the hall.
Since COVID-19 closed our school abruptly, the children have been talking about their worries and concerns.  We read the book Silly Billy and discussed our worries.  To help the children deal with their worries, they all made a worry doll.  These are all now on our worry washing line, and will hopefully help the children's worries float away.
Top
Cookie information
Cookie Notice