We have been looking at the story of Beowulf.

It tells the story of a young Geatish warrior who comes to the aid of Hrothgar, the King of the Danes, whose kingdom is being terrorised by a monster named Grendel. Beowulf uses his epic strength and bravery to slay Grendel in Hrothgar’s great hall, Heorot, and then to slay Grendel’s vengeful mother in her underwater lair. Beowulf’s fame spreads, and he returns home to Geatland laden with treasure for his king, Hygelac. Beowulf later becomes the king of the Geats and rules for a peaceful fifty years.

We wrote a letter to Beowulf, as if we were King Hrothgar, asking for his help to save us from Grendal. We thought about our different sentence types, ensuring we had a combination of simple, compound and complex sentences. 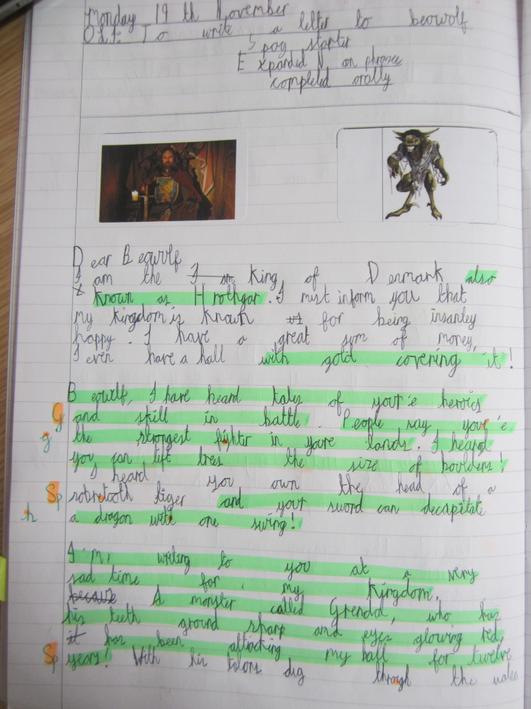 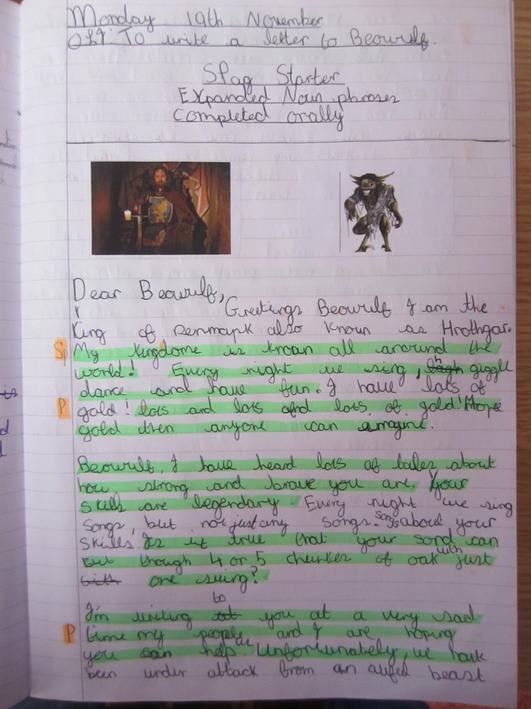 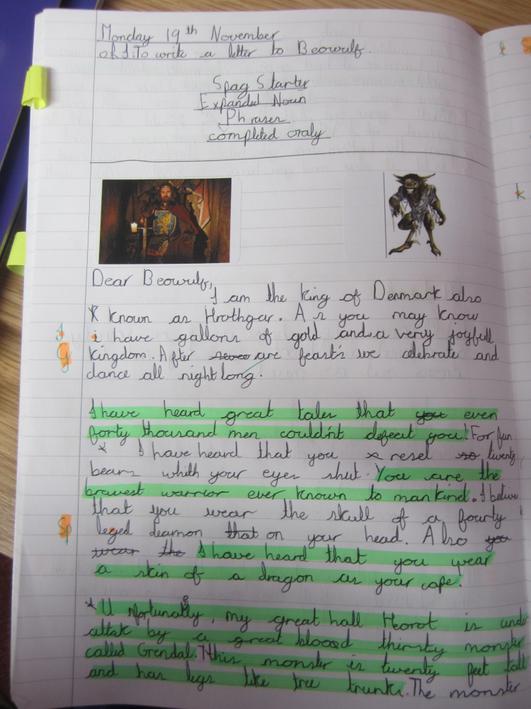 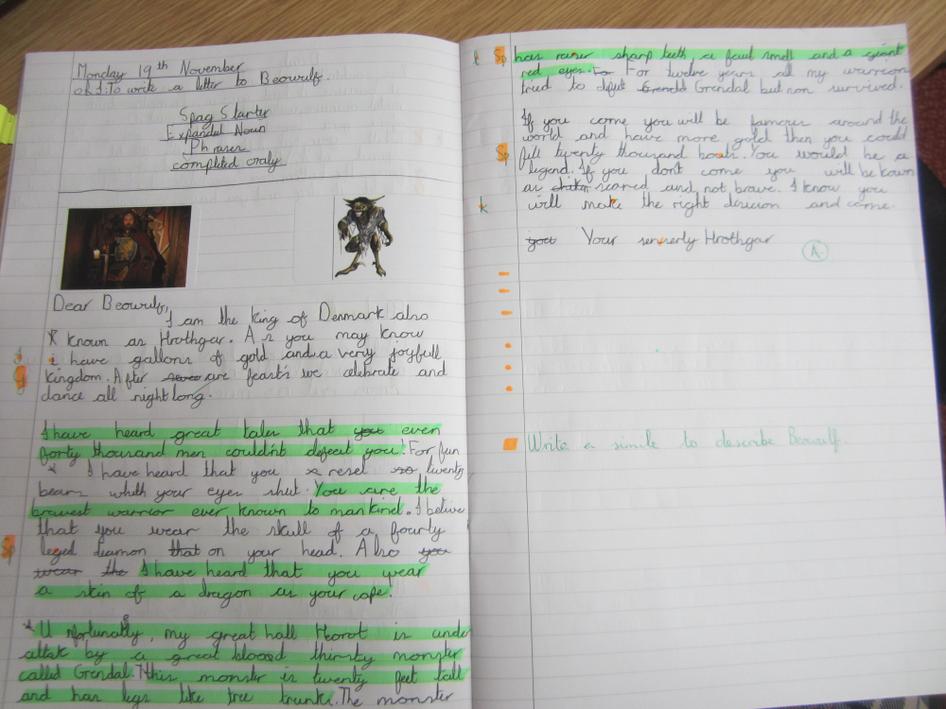 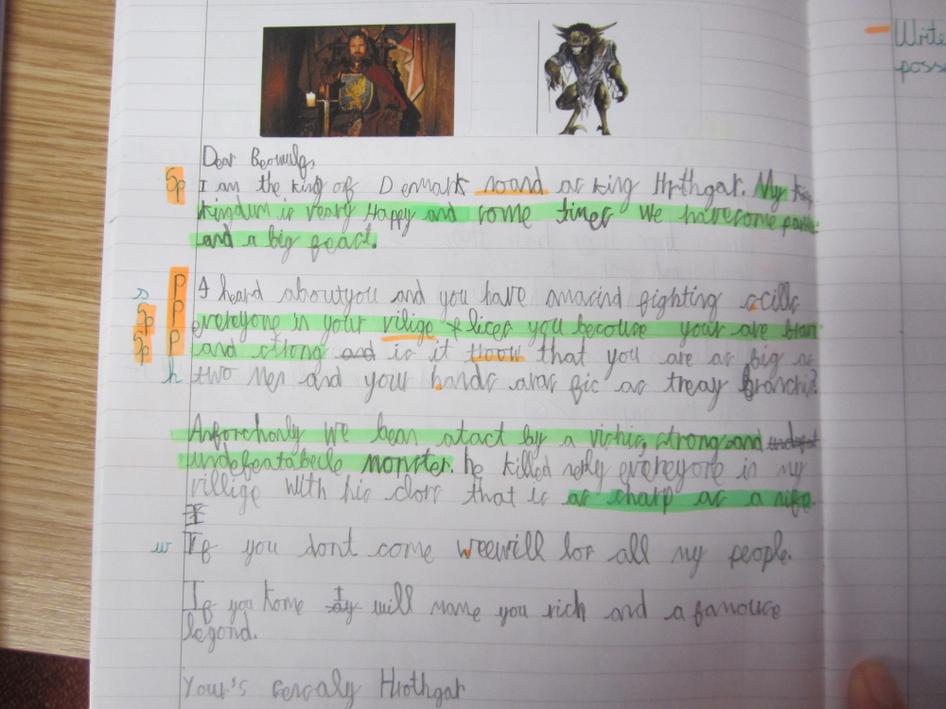 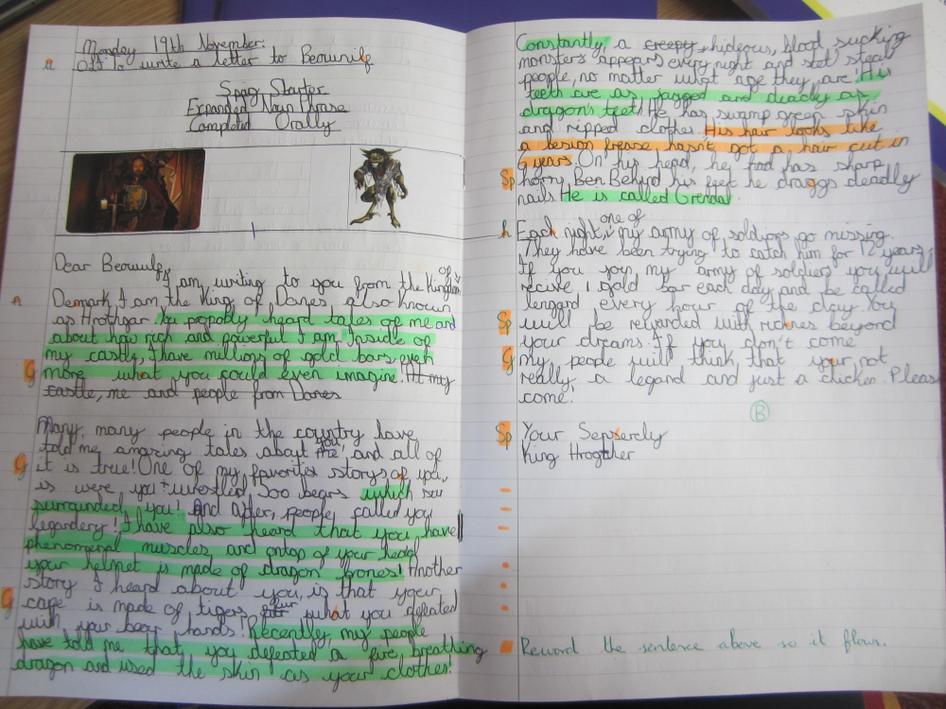 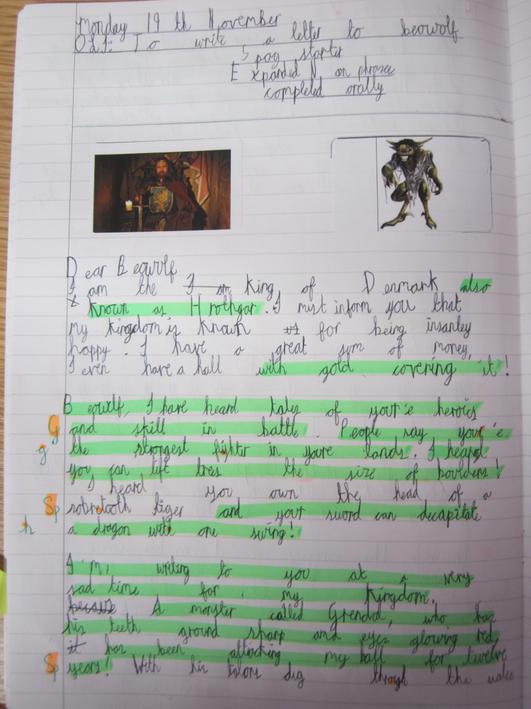 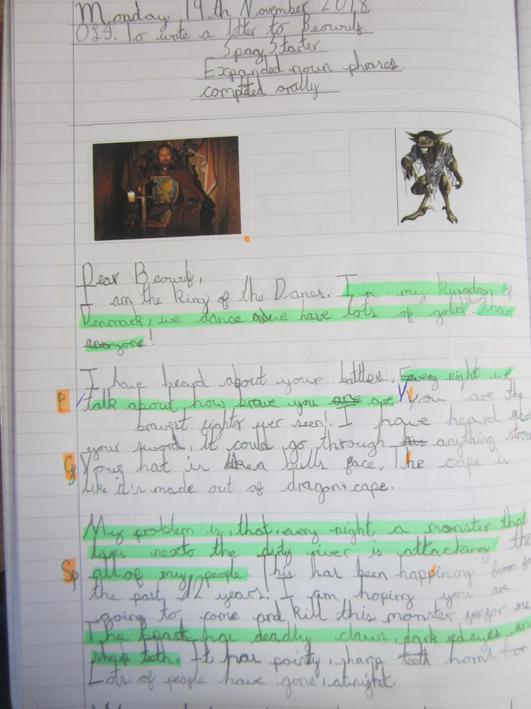 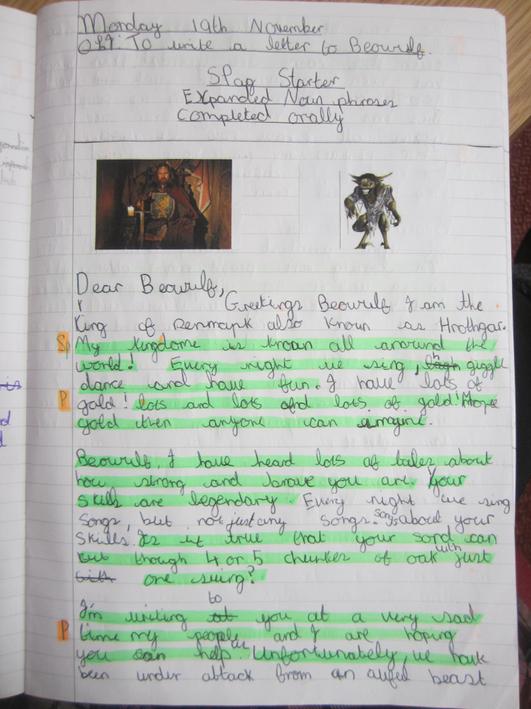