Our theme for this half term is the Vikings, the children began exploring this theme when we have a visit from 'That History Bloke'. We have since then began researching the different key events that took place for the Vikings and created a timeline to show these. The children were then able to identify what life was like as a Viking and could identify different items which were used. Following on from this, the children then explored the different Viking Gods. They then chose their favourite God and were able to identify all of his or her characteristics. The children have found this theme very interesting and are full of Viking knowledge! Well done Y3/4B!

This week in history they children were identifying the meaning of primary and secondary sources. In groups, the children were given a selection of resources and had to decide which was which. Following on from this they were then able to identify the strengths and weaknesses of both sources and suggest what they both tell us about the past.

This week the children have been learning about the impact that the war had on different groups of people. Th main focus was Jewish children and Nazi children. The children were able to identify the differences between the two groups and could highlight the important impact that it had on their lives. Have a look at some of our work! 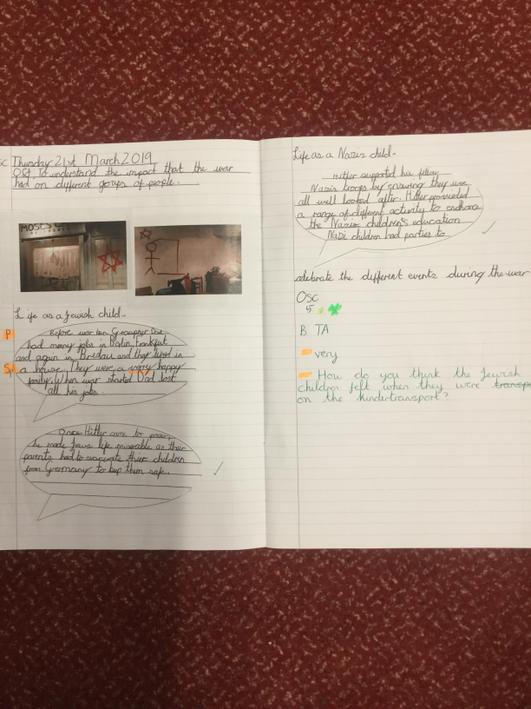 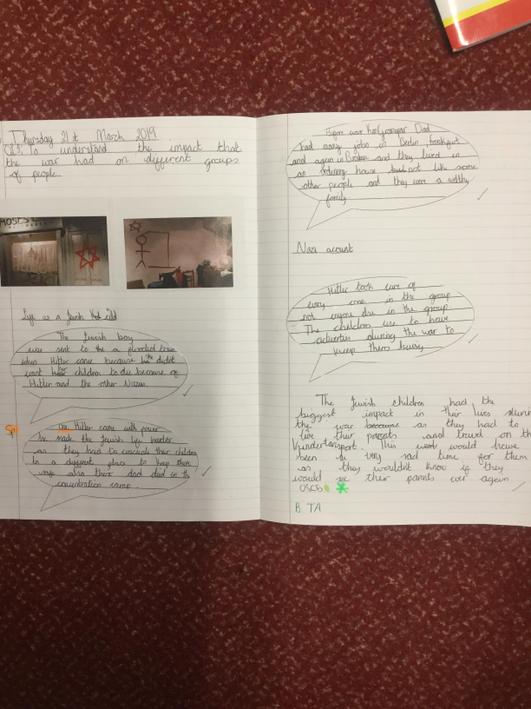 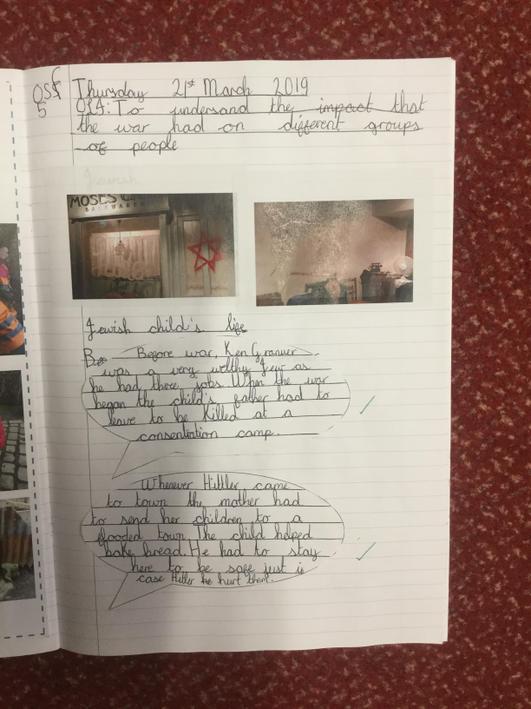 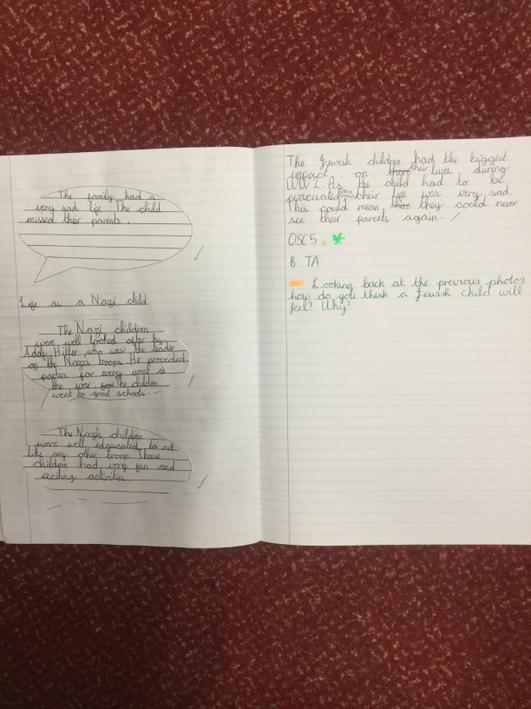 Following on from last weeks lesson , the children have been comparing how Germany has changed over the past 100 years. The children were able to describe and compare events that had been significant to the changes made in Germany. Some children compared events before and after the war, where as some compared what happened before, during and after. To expand their knowledge the children were then able to describe in detail the impact that some of these events had on the nation as well as identifying any positives of the war. Have a look at some of our work! 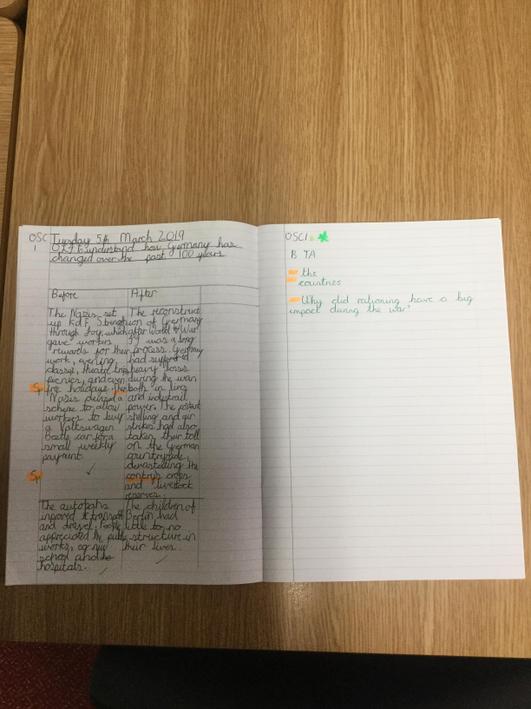 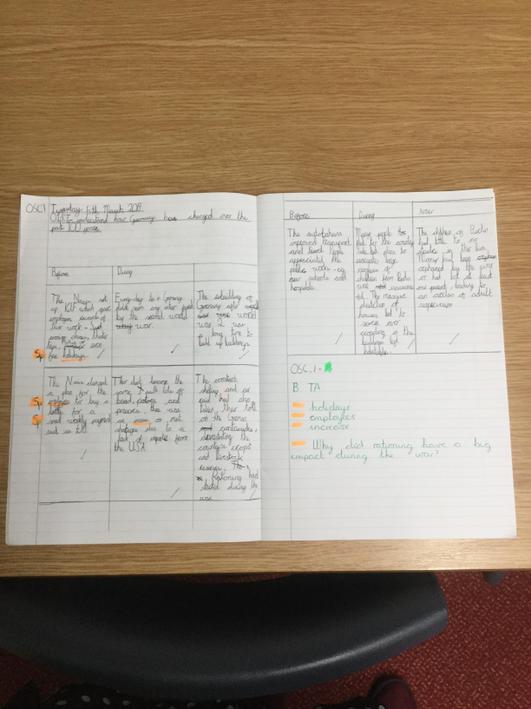 The half term the children are going to be exploring the Blitz during World War 2. To begin our topic, the children discussed in groups what they already knew about World War 2 and what they would like to find out. As a class we discussed some of the key events that took place, it was then the children's task to order these events in chronological order and present them on a timeline. Some children then went on to give a brief description about each event. Brilliant work this week Year 3/4B! 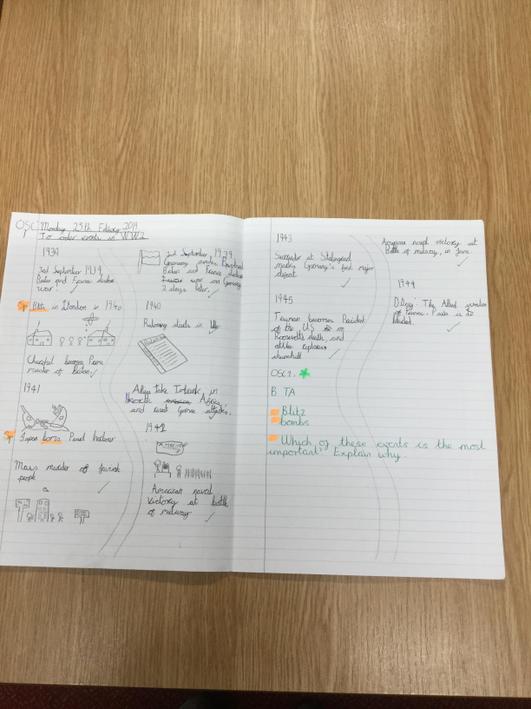 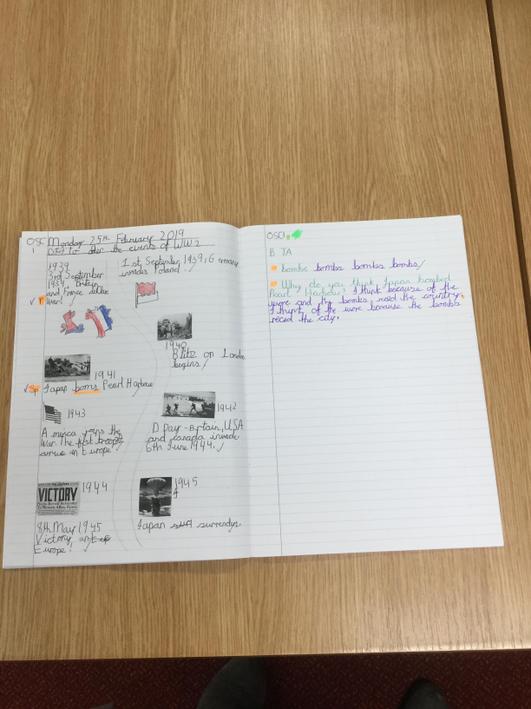 This week the children have compared what it was like for children using robots in the past and present. The children had to identify the features of the robots, suggesting why that robot was better or worse than past or present robots. 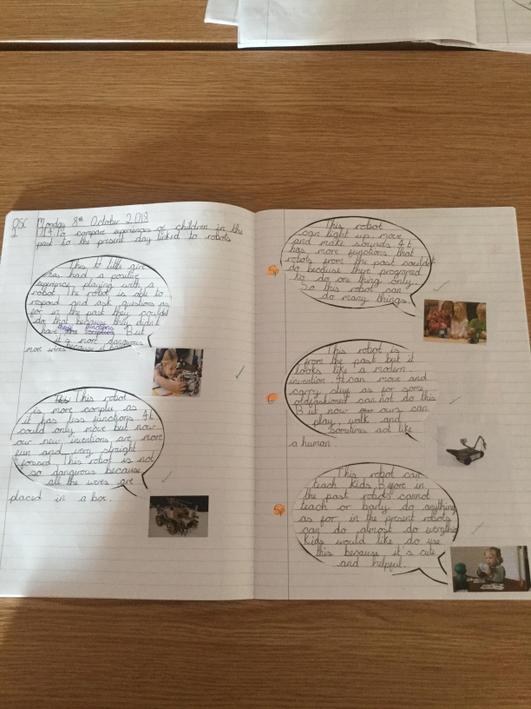 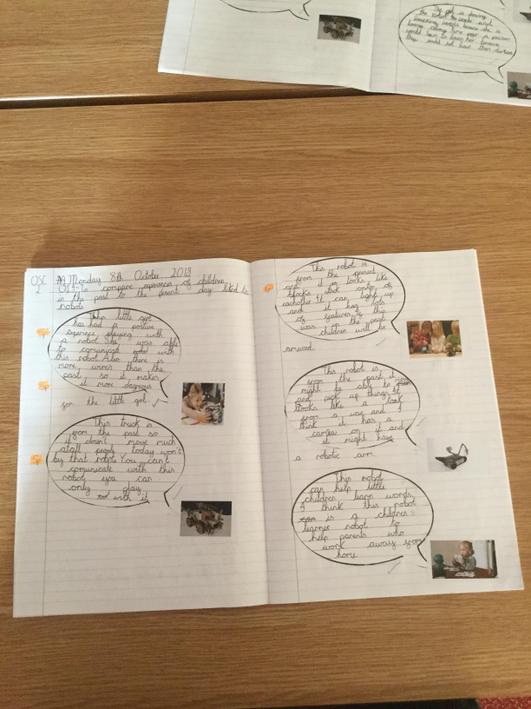 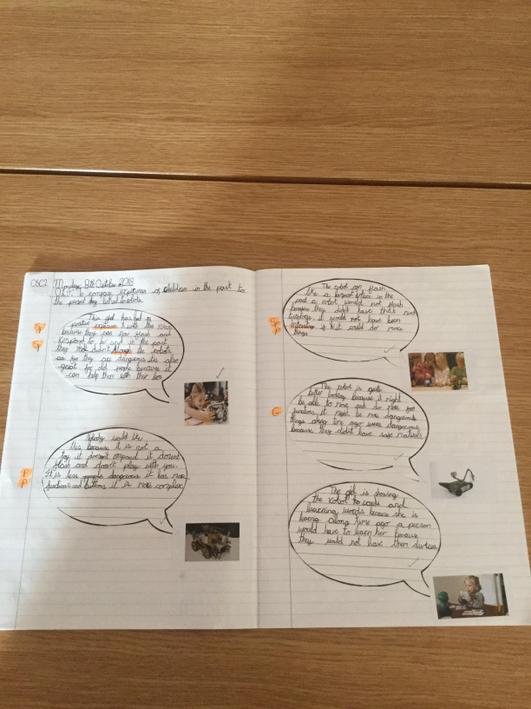 How robots have changed over time.

This week in History, we have made a fact file showing how the robots have differed over a period of time. The children worked in partners to research about three different robots and then discussed the main differences. Have a look at some of our amazing fact files! 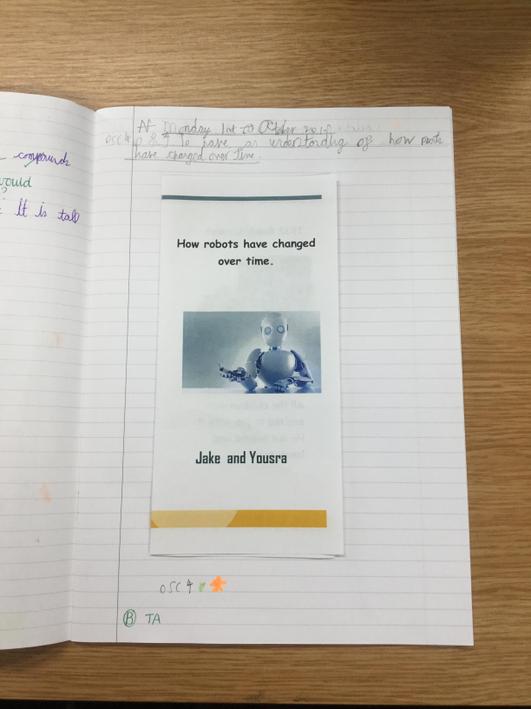 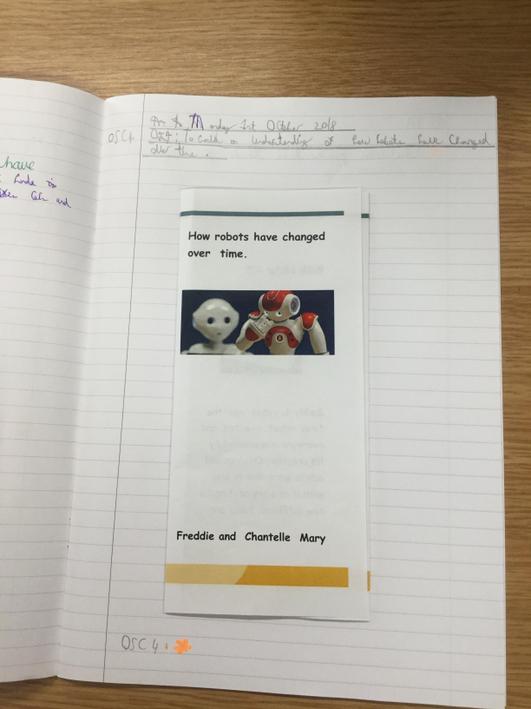 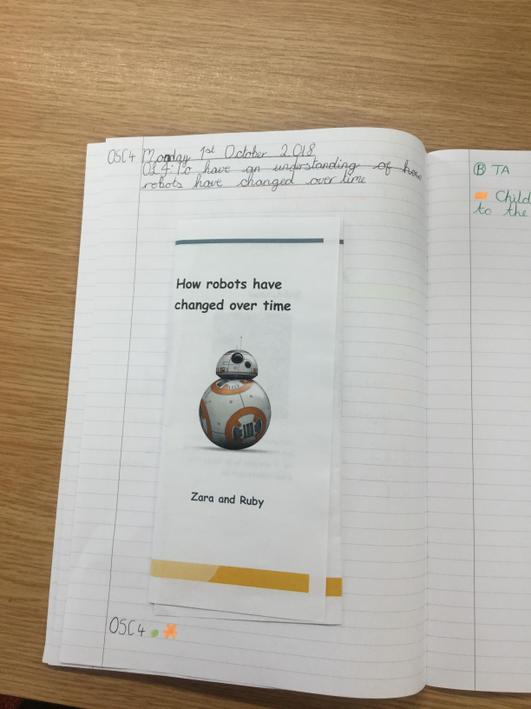 During Autumn 1, we are learning about robots from the past and what they're used for today. The children began by writing some of their own questions that they wished to research and then used the iPads to find out the answers. Following on from this, they then learnt about the jobs that robots have taken over from humans. We're keeping our fingers crossed that they won't take over all our jobs! 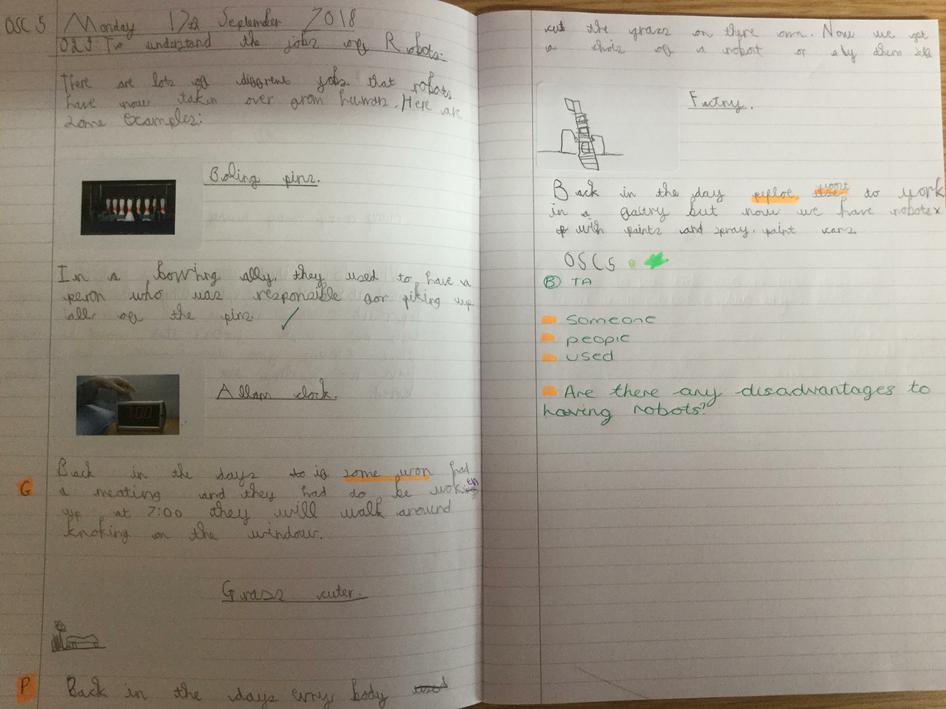 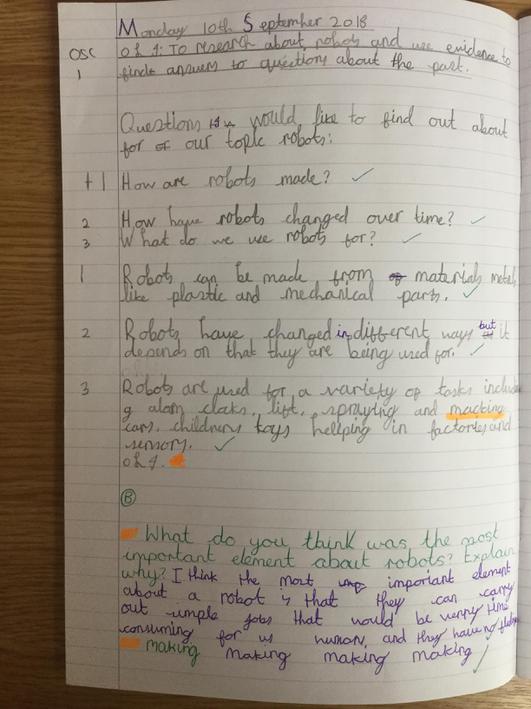 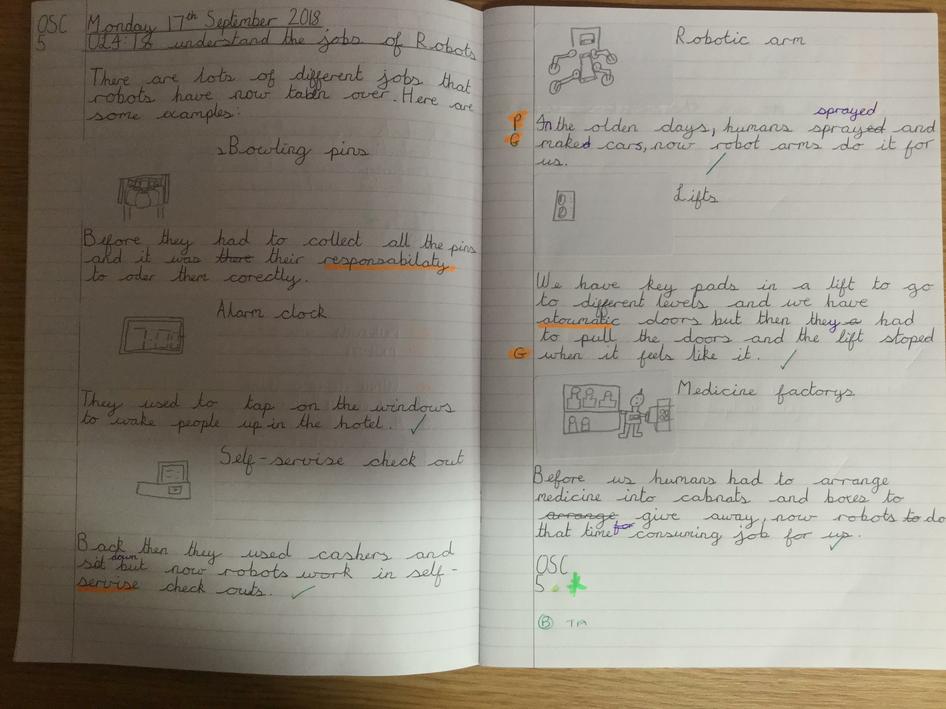 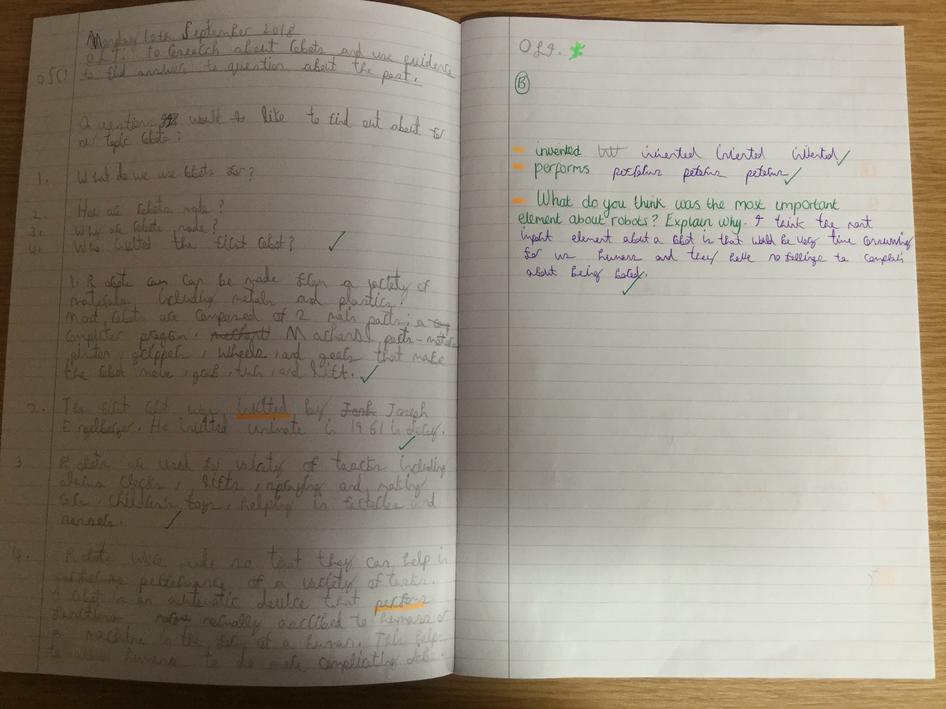