Sticking with fractions this week, the children have began comparing different fractions with the same denominator. Although this can be tricky for some children, they all tried so hard and worked brilliantly!

Following on from last weeks fractions lessons, the children expanded their knowledge by adding and subtracting fractions with the same denominator. The children were brilliant at this and were then challenged by some fraction reasoning questions. Another great fraction lesson Y3/4B. 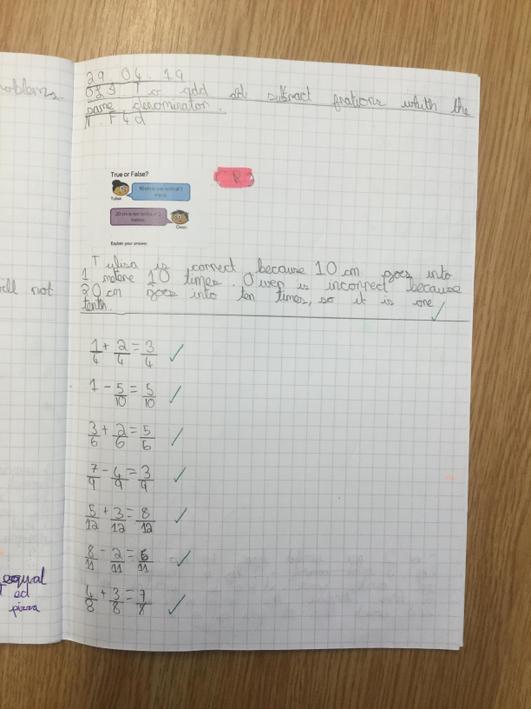 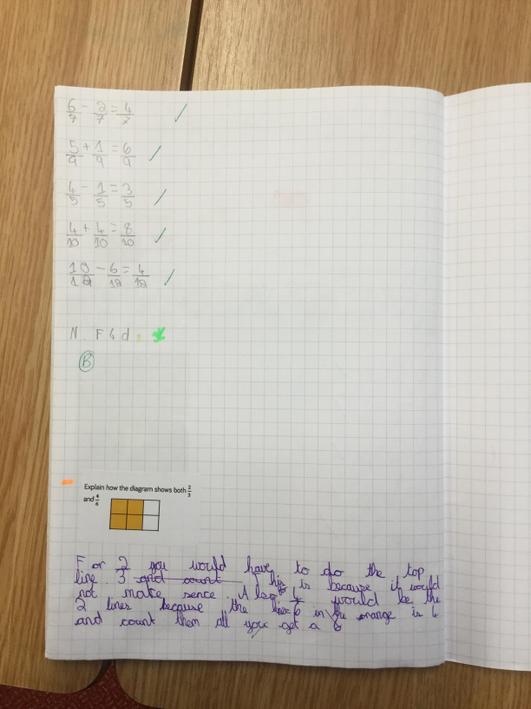 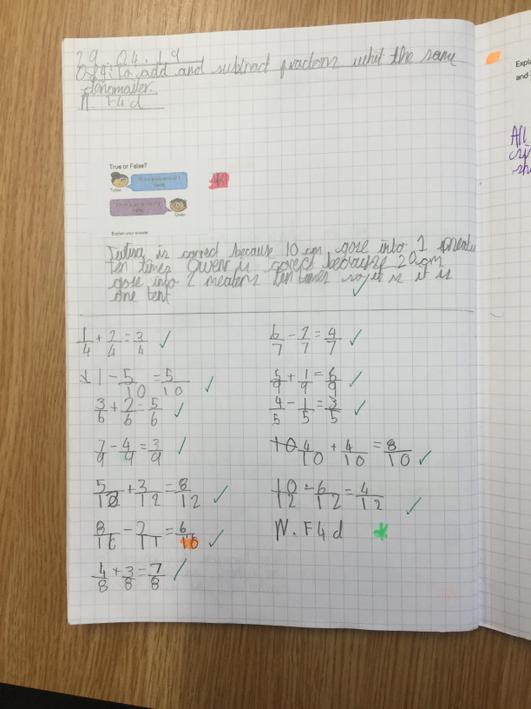 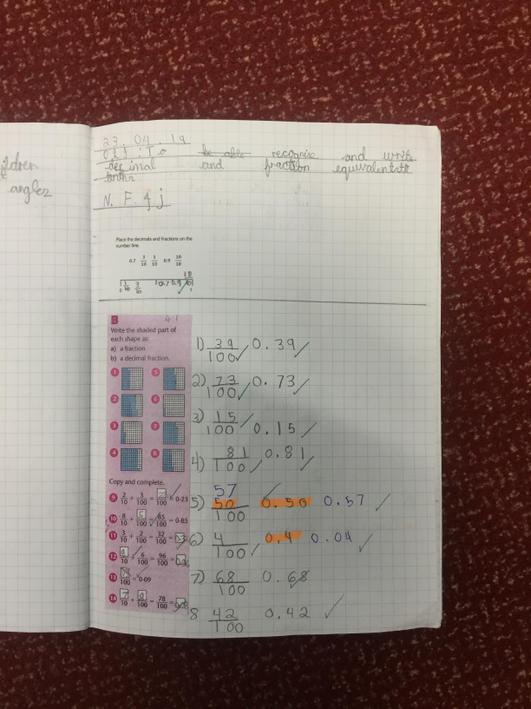 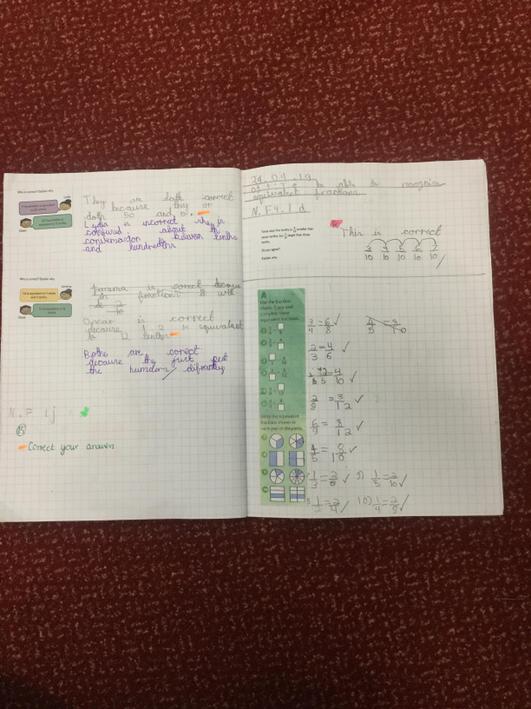 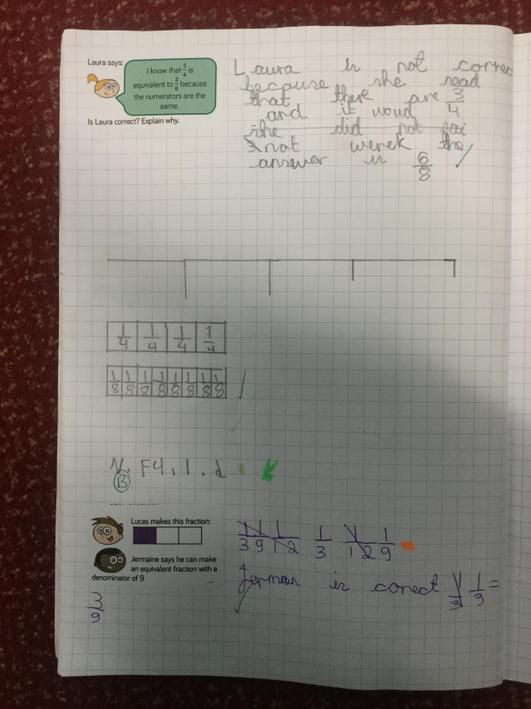 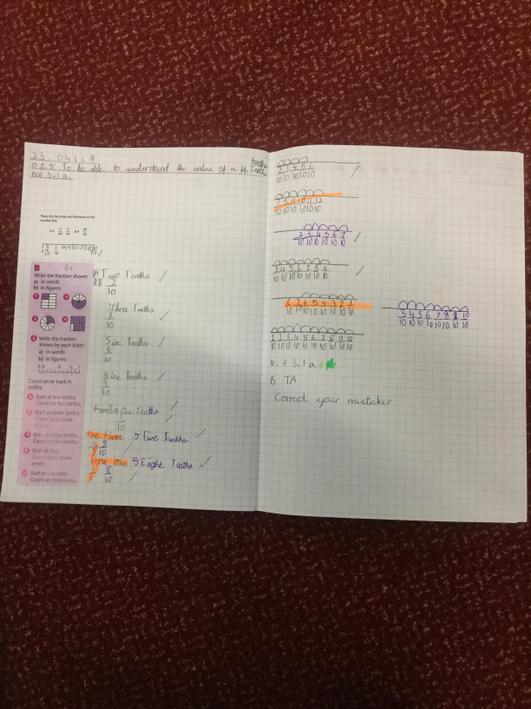 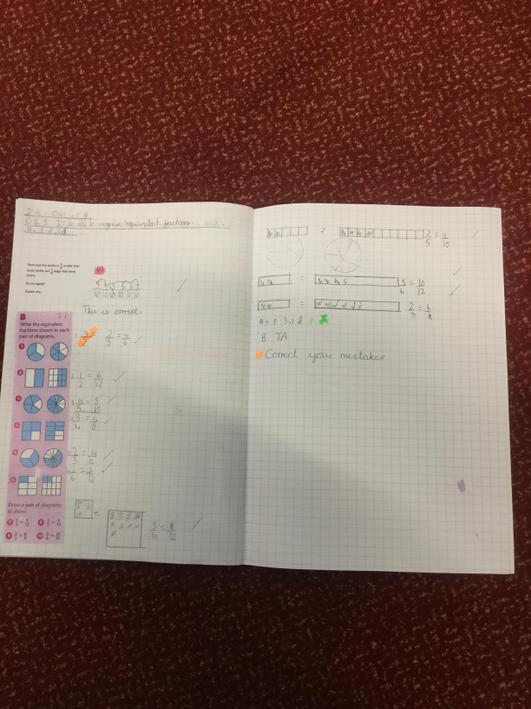 The children have been learning the correct names for each part of a fraction; the numerator and the denominator and have been able to recognise, find and write fractions of an amount. The children then had to solve some word problems which put their skills to the test, they had to include the methods of multiplication, division and subtraction alongside their fractions knowledge to solve these problems.
Top
Cookie information
Cookie Notice